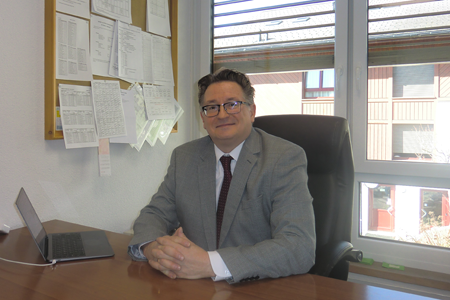 Kumon Leysin Academy of Switzerland (KLAS) was founded in 1990, and is now owned by the Kumon Gakuen Educational Foundation. It is accredited by the Japanese Ministry of Education, Culture, Sports, Science and Technology (MEXT) enabling its graduates to be eligible for acceptance into Japanese, as well as non-Japanese, universities. It is recognized by the educational authorities in the school's host canton of Vaud.

KLAS provides a strong university preparatory education in a school community in which each student achieves moral and intellectual growth, competence in academic and extra-curricular areas, an appreciation of creativity and artistic expression, and an understanding of people of other traditions and cultures.

Students come to KLAS with the intention of preparing for acceptance into good Japanese or non-Japanese universities. They come with the desire to perfect their ability to communicate in the English language. They share a sense of adventure and the hope of becoming citizens of the world by learning to interact with young people from many backgrounds. When they graduate, we hope they have gained much more than expected. Being part of the KLAS community will help to give them strength of character, to teach them the importance of respecting others and of friendship, and to develop the maturity to make independent decisions with self-confidence.

Head of Department of College Guidance

Leysin lies on a sunny plateau at an altitude of about 1200 meters above the Rhone Valley and Lake Geneva, and it is readily accessible by rail and road. Geneva Airport is about ninety minutes from KLAS by highway to Aigle and then by mountain road to Leysin. By train, it takes about two hours from the airport station, with a change at Aigle to the funicular train to Leysin-Feydey.